A Hoosier through and through, Nicholas Heighway graduated from Indiana University in 2016 with a degree in Telecommunications and minors in Business and Theatre. Nick has been creating videos in one form or another since early high school. What started as an excuse to have fun with friends grew into an artistic endeavor. After college, Nick worked a variety of freelance and production assistant jobs until landing with Covideo in April of 2018. Read more about him in the interview below.

COVIDEO: What does a day in the life of a videographer working at a video company look like?

Every day is different depending on what projects are in progress and where they are in the process. Typically, I will check my calendar to see if there are any shoots planned for the day and prepare for those accordingly. If there are videos to edit, I will open those up and begin working on them. Other times, I will work on developing/scripting future videos.

COVIDEO: Have you always been passionate about creating videos?

Originally, I got into video back in middle/high school when my friends and I would film each other skateboarding, not that I was any good or worth filming, but that laid the building blocks for love of video. From there it evolved into telling goofy, short stories made with friends. Eventually, I got more serious about filmmaking and pursued it when I went to college.

COVIDEO: What are the tools and programs you use daily and couldn’t imagine your day without?

The Adobe Creative Suite makes life significantly easier in terms of video editing. I can’t go back to a life without Dynamic linking between programs. Final Cut Pro was what I started on in high school (not including the very first videos of mine on the old windows movie maker), but later moved to Premiere. However, I have been using After Effects for 10 years now and can’t imagine life without it.

COVIDEO: What’s your favorite video project you’ve ever worked on in Covideo and why?

Social outings are always fun to film and edit. Some of the short, quick videos like “Gif vs. Jif” are entertaining as well. The video email signatures were amusing too and have seen quite a bit of success already. However, the Boston trip video for the Flip My Funnel conference was the most fun from beginning to end. Getting to travel to Boston and shoot tons of video in an interesting place, then bring those back to cut together a fun video was a blast.
Check out “Gif vs. Jif” video that Nick created:

COVIDEO: What makes video the most effective type of content? Why do you think it’s becoming such a popular medium for marketers?

I know for me personally, I retain information much more effectively when I watch something. I even tend to seek out videos about a topic rather than read the same information. That same line of thinking, I would say, is present in a large portion of people today. Additionally, it is now easier than ever to reach people through the form of video with smartphones and social media.

COVIDEO: What makes a video watchable? What makes it effective for communicating your message?

Conciseness is crucial in the world of modern video. Essentially, “Get to the point”. Lots of people have short attention spans for videos and get annoyed when one doesn’t quickly get the point and bumbles around. Additionally, having a strong call-to-action is effective for communicating your message. Let the viewer know why they were spending their time watching your video and what they should do next.

COVIDEO: If you had to name three elements that shape a good video, what would those elements be?

Video, Audio, and Lighting are the big three when it comes to good video from a technical point-of-view. In this day and age, getting good enough quality video has become easier than ever. Most people are carrying around multiple cameras on their phone, laptop, etc. The same thing could be said for audio as well. However, one should be careful because having good audio is more important than good video. People can generally stand watching a video with poor quality, but the second they hear unbearable audio, they will click away. Lighting should be kept in mind as well. You don’t need a professional studio to get lighting that works for quick videos. Simple things like having a window in front of you instead of behind you can go a long way.

COVIDEO: What are the biggest challenges when delivering a business video to its target audience?

Hooking the viewer. Just getting people to watch the video in the first place is tough. Instead of scrolling past your video, quickly give a reason that the viewer should stop and watch your video. Once hooked, they are more likely to give the rest a chance.


COVIDEO: What advice would you give to marketers who have just started implementing video into their strategies?

Know your audience and what it is they want to watch. Make a video that the people who you want watching your videos will want to see. Don’t get caught up trying to appeal to everyone.

COVIDEO: Are there any particular trends in the video industry that you would advise our readers to get ahead of?

Micro-videos are pretty interesting to me and have grown more and more popular over the past few years. These are videos that are in the single digit seconds long. Many ads on sites like YouTube can be skipped after 5 seconds, so some advertisers have switched to fitting the entire ad into those 5 seconds. Can’t skip the ad after 5 seconds if it’s only 5 seconds long. These videos also tend to live well on various social media sites where users expect to view very short videos.

COVIDEO: Do you have someone you look up to when talking about creating videos?

Wes Anderson is one of my favorite filmmakers out there. He just has such a unique, dialed in a style that I really enjoy. Some others whose work I enjoy are Spike Jonze and Michel Gondry. Both of which really push the medium of video creation with the work they produce.

COVIDEO: When talking about the next 3 years, how do you think video will impact the business communication and business world in general?

The vast majority of content being consumed on the internet is video and that’s only going to increase. If someone wants to keep up, they will have to adapt to the world of video. It is getting to the point were shooting and sending a video can be as quick or quicker than typing up a response. Typing will always have its place, but in an ever-connected world, the accessibility of new video technologies will create a desire for new forms of personal, visual communication.

Watch the video below to find out more about Nick and his work in Covideo:

Start using video today and sign up for a 14 day free trial with Covideo! 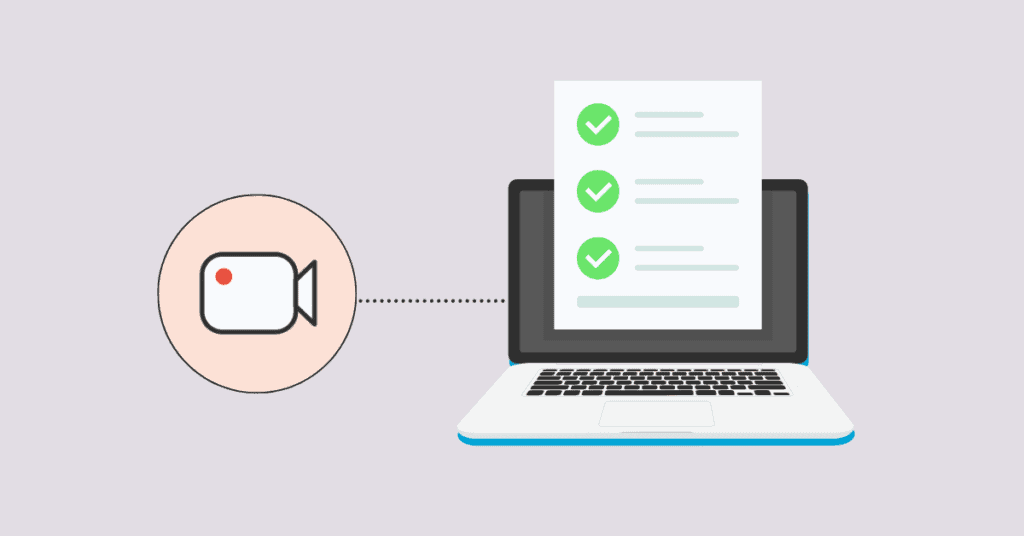 How to Use Video for Your University’s Enrollment Process 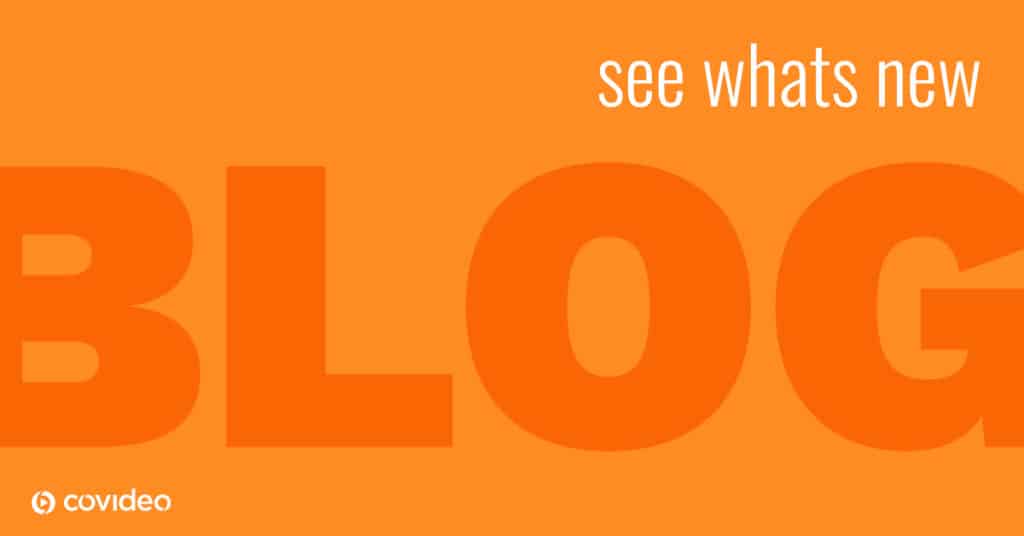 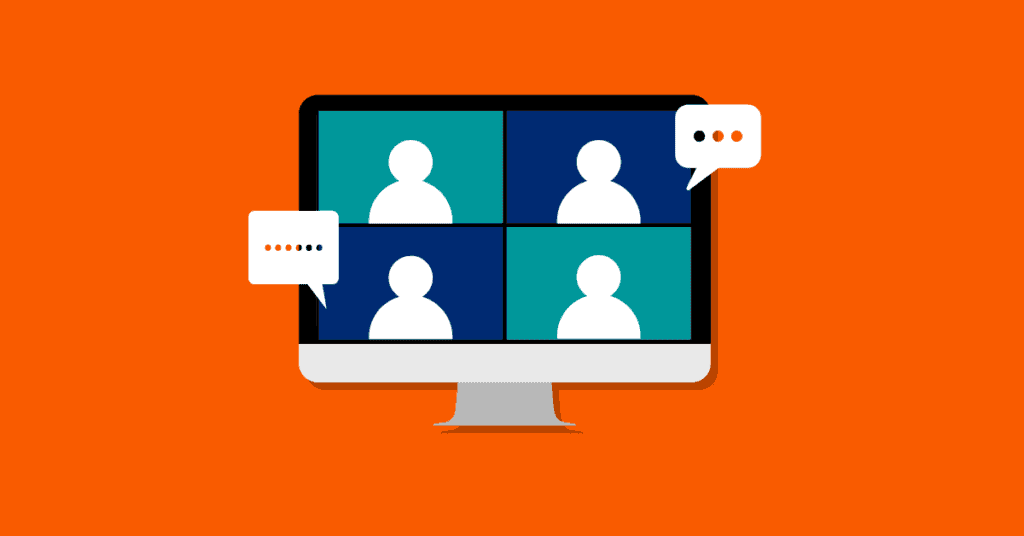